Home > Who We Are > Meet our Staff 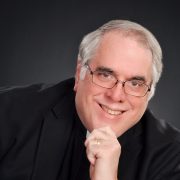 Pastor Dave is a native of western Pennsylvania. He has been an ordained minister for over 36
years serving congregations in northwestern PA: Bethany, Sheffield; Moriah, Ludlow, First and St. John’s in Warren and upstate New York: Holy Trinity, Little Falls & United, Dolgeville. During his pastoral tenure, Pastor Dave was also a full-time chaplain for LutheranCare, a long term care facility located in Clinton, NY. He is a graduate of Thiel College, Greenville, PA and the Lutheran
Theological Seminary (now United Lutheran Seminary) at Gettysburg, PA. His ministry centers on Word and Sacrament, teaching, equipping the laity for service and leadership through programs such as Stephen Ministry and as Communion Stewards.  He is also interested in ecumenism and Celtic Spirituality. Pastor Dave is married to Judith M. Cole, a native of Buffalo, NY and an artist. He is a father and a grandpa. His hobbies are cooking and Lionel trains.  Pastor Dave is also a long-time amateur wine maker, learning the craft from a member of his first parish.  He received a Certificate in Enology from Missouri State University.  His wines have won several medals in local, state and national amateur competitions.

As the Minister of Spiritual Formation, Sharon draws on her Master’s degree in Christian Formation from Grand Rapids Theological Seminary and her years of church ministry to provide a range of opportunities for all our members, from the youngest to the oldest. She is a huge fan of providing inter-generational spiritual formation opportunities. Sharon also provides classes, small groups, and various St Luke’s teams creative leadership and direction in the areas of prayer, study, worship, and service. Sharon  facilitates spiritual formation groups, offers pastoral care and visits the ill and home-bound. She recently pioneered the creation of “The St. Luke’s Center for Spiritual Formation.” Sharon is married to John, mother to six adult children and grandma to seven goofballs. She lives in an 1860″s farm house where she enjoys country life, gardening, and bonfires with family and friends.

Jonathan leads worship and directs the band, plays both piano and organ, loves to sing, directs the choir, and so much more.  He is passionate about the worship ministries at St. Luke’s and desires all God’s people to be excited about worshiping God and free to express their love for him in worship and in their day to day lives.  Jonathan is married to Melanie and they are blessed with three wonderful daughters.  In addition to church ministry, he is involved in music in the community and can often be seen directing the Hark Up choir.  In his free time he enjoys playing with his daughters and tinkering with computers. Sue is our new office administrator and enjoys using her abilities for organization and communication in our church office. Sue and her husband Dave have been members at St Luke’s for three years. She enjoys participating in faith formation classes, small groups and book discussions. She was involved with the Visioning Team last summer, the retreat planning for ‘Shades of Light’ with Sharon Garlough Brown and now serves as a member of the Faith Formation team. Dave enjoys participating as a member of our St Luke’s choir. They have two adult children and two preschool grandchildren. Sue enjoys quilting, sewing, and reading in her free time.

Josh has been doing sound at St. Luke’s for many years, and in the past years has begun to train and mentor youth into roles as sound techs and projection techs.